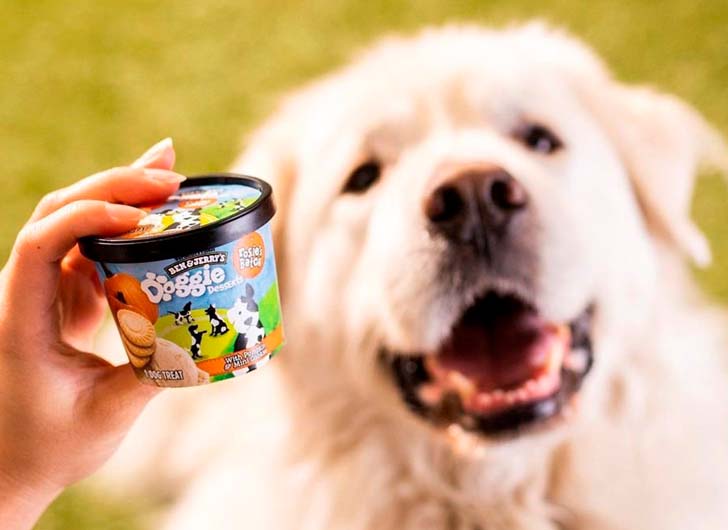 Ben & Jerry’s understands the plight of dog owners across the country who suffer pangs of guilt at not being able to share their favorite ice cream with their four-legged friends, which is why they have developed a line of doggy desserts!

According to Delish, the two new offerings will be made with sunflower butter so they are perfectly safe for your pampered pooch to enjoy.

Next up is Rosie’s Batch, a scrumptious sounding blend of pumpkin and mini cookies – Woof! Woof!

Ben & Jerry’s Doggie Desserts are typically priced at $1.29 or purchase a multi-pack for $4.49. According to Delish, the pet-friendly treats should hit stores nationwide soon.