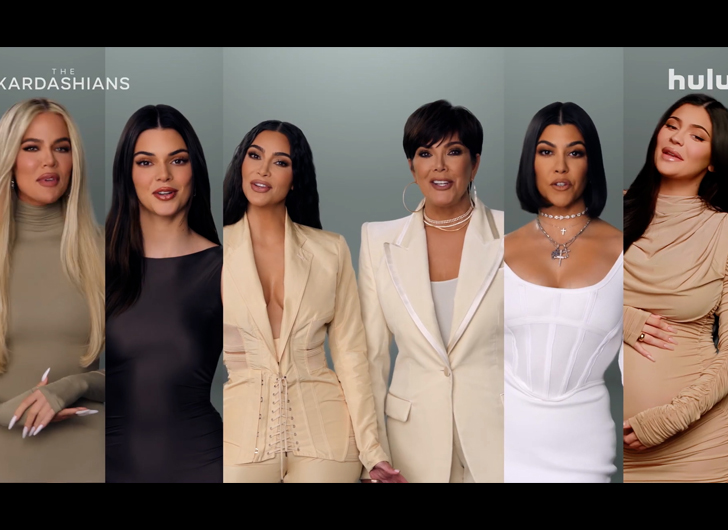 
After ending their long-running Keeping Up With the Kardashians reality tv show on the E! Network in 2021, the Kardashian-Jenner family will be once again giving viewers a glimpse into their lives once more – this time on Hulu.

For those of us who have missed seeing the glitz, glamor, tears, and drama of America’s favorite reality television family, April is going to be a binge-worthy month for Kardashian fans.

shatter all expectations. #TheKardashians premieres april 14 on @hulu, and coming soon to Disney+ internationally and Star+ in Latin America. pic.twitter.com/rsG3rxt4n8


Hulu announced The Kardashians will premiere on April 14 with new episodes on Thursdays.

“The family you know and love is here with a brand new series, giving an all access pass into their lives,” the show’s official synopsis reads. “Kris, Kourtney, Kim, Khloé, Kendall and Kylie bring the cameras back to reveal the truth behind the headlines.”

“From the intense pressures of running billion-dollar businesses to the hilarious joys of playtime and school drop-offs, this series brings viewers into the fold with a rivetingly honest story of love & life in the spotlight.”

It is unknown which storyline will unfold on the new show, however, the past few months have been filled with drama for the family. From Kim’s contentious divorce from Kanye West to Khloe’s turbulent relationship with cheating baby daddy, Tristan Thompson, The Kardashians will have no shortage of reality goodies to share with fans.

Keeping Up With the Kardashians ran for 14 years on the E! Network.