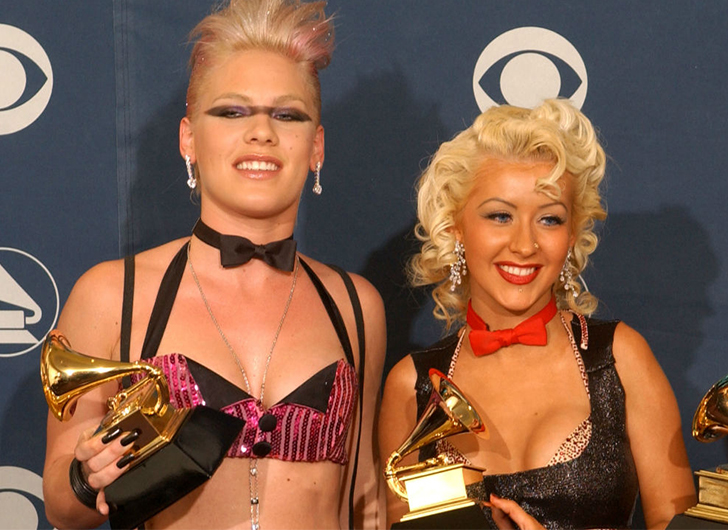 It has lasted for sixteen years, but Pink and Christina Aguilera have finally ended their long-standing feud.

It all stemmed from Pink revealing Christina was difficult to work with and received preferential treatment during the making of Lady Marmalade. Pink also accused Christina of stealing her mentor, Linda Perry.

Looking back at @Pink's best @VMAs moments Don't miss her take the stage as this year's Video Vanguard recipient on 8/27! pic.twitter.com/KjdYKyDFWd

Pink revealed to her nearly 30 million Twitter followers her and Christina had made amends. The tweet came after someone questioned Pink’s nomination by MTV to receive the Michael Jackson Vanguard award, tweeting, “Let’s celebrate @Pink’s Vanguard Award with the only relevant video of her career, starring as Xtina backup singer.”

Want to point out an awful new phenomenon of the last 10'years. We can no longer be happy for each other. I ❤️Xtina, we've made amends…. https://t.co/4lcGu2mySV

Music brings us all together. The best part of music is- there's room for everyone to win at the same time. Don't be what's wrong w/da world

Let's be an example of inclusion and celebration. You don't have to like me at all, I'm ok with that. Just be a decent person.

Pink was quick to respond, revealing she loves Xtina and that the pair have made amends, tweeting, “Music brings us all together. The best part of music is- there’s room for everyone to win at the same time. Don’t be what’s wrong w/da world.”